Experts and residents are concerned about the impact of development on the health of millions of people.

The Daily Graphic has observed for more than a year that thick, dark clouds of smoke that emanate daily from the exhaust of thousands of vehicles are causing a nuisance to residents as they release toxic substances that are slowly killing people. people, especially children.

The vehicles, some of which are rickety, are emitting toxic gases into the atmosphere at enormous levels, posing a health risk to the more than four million residents of the nation’s capital and many others who throng the city ​​to do business daily.

An estimated 16,000 premature deaths occur each year in the country due to air pollution, according to a 2021 World Bank National Environmental Analysis (CEA) on Ghana.

Experts say vehicle fumes contain a cocktail of exhaust gases such as carbon dioxide (CO2), carbon monoxide (CO), nitrogen oxides (NOx), hydrocarbons and particulates that are harmful to human health and the environment.

Research conducted by a senior lecturer at the University of Ghana, Dr Ama Pokua Fenny, in 2017 revealed the disastrous health consequences of vehicle emissions on the health of traders.

The study, which assessed the implications of vehicle emissions on the health of shopkeepers in La Nkwantanang municipality in the Greater Accra region, found that shopkeepers in the region, which had heavy car traffic, suffered from infections and chronic respiratory diseases.

The report said diseases associated with these air pollution-related deaths included lung cancer, stroke and chronic lung diseases such as bronchitis and emphysema.

A 46-year-old shopkeeper at Kaneshie Gateway, Daniel Arko, lamented that the volumes of fumes from moving vehicles were blurring his vision and making his life uncomfortable.

“Most of the time, I cough a lot when vehicles emit fumes into the atmosphere. Even if I put my finger in my nose, I see black stuff there,” he said.

Similarly, Hannah Obiri-Yeboah, 29, a second-hand clothes seller at Kwame Nkrumah Circle, said she had tears in her eyes whenever moving vehicles let out thick vapors near her.

“Some of the cars are too old and shouldn’t be allowed to drive. They give us illnesses. After inhaling the fumes throughout the day, I can’t sleep soundly at night,” she said .

Tears, blurred vision and other physical effects that vehicle emissions have on members of the public can be concerning, but there’s more to it than meets the eye.

Despite the danger that smoky vehicles pose to life and the environment, there is currently no law for mandatory vehicle emissions testing in the country.

Although the Road Traffic Regulations 2012 (LI 2180) provide guidelines for the Driver and Vehicle Licensing Authority (DVLA) to test vehicle MOT, the testing regime does not include emissions.

The Chief Executive Officer (CEO) of the DVLA, Kwasi Agyeman Busia, has described the situation as worrying, especially as the country’s vehicle fleet continues to grow day by day.

“Our fleet of vehicles is increasing, which means that the risk of emissions is also increasing. It’s a nightmare to be behind cars that have exhaust fumes. It is harmful to the environment and harmful to health. Many countries have these standards and I am not happy that Ghana is always behind,” he said.

For example, according to DVLA statistics, a total of 3,026,073 vehicles had been registered by the authority as of December 2021, 35% of which had no movement certificates.

This means that 1,025,125 owners are in flagrant violation of LI 2180 Rule Five, which requires owners of private vehicles to renew their circulation certificates annually, and for commercial vehicles, every six months.

In addition to having dire health consequences for members of the public, smoky vehicles also pollute the environment and contribute to climate change.

Environmentalists say that the greenhouse gases that vehicles emit into the atmosphere contribute to the depletion of the ozone layer and the increase in atmospheric temperature, leading to global warming.

A recent study by Ghanaian researchers found that greenhouse gas emissions from transport in Africa are growing at a rapid rate of 7% per year and could double by 2030. According to the study, there were about 72 million vehicles in circulation, but only seven countries, including Ghana, were responsible for 70% of greenhouse gas emissions.

Moreover, it was found that the growth of transport emissions averaged 11.1% in Ghana.

The study was led by a senior lecturer in automotive engineering at Kwame Nkrumah University of Science and Technology (KNUST), Dr. Godwin Kafui Ayetor.

It reviewed the status and adequacy of fuel and vehicle standards on the African continent.

The research tested 200 vehicles each in Rwanda and Ghana to check compliance with local and international standards. The study found that even some new vehicles failed emissions tests while almost all diesel cars tested in the two countries failed the international standard. The study also found that poor fuel quality, an aging vehicle fleet and a lack of mandatory roadworthy emissions tests were to blame for the deterioration in transport emissions.

Speaking to the Daily Graphic on what the research meant for Ghana, Dr Ayetor said that since Ghana was a signatory to the Paris Agreement, it was important to find ways to cut emissions to meet the targets.

The long-term goal of the Paris Agreement is to keep the increase in global average temperature below 2°C above pre-industrial levels, and preferably limit the increase to 1.5 degrees Celsius .
The aim was to recognize that it would “significantly reduce” the effects of climate change.

Countries signing the accord are required to take action to reduce emissions to reach net zero by the middle of the 21st century.

It further demands that to stay below 1.5 degrees Celsius of global warming, emissions must be reduced by 50% by 2030.

Dr Ayetor also said that since Ghana was encouraging the establishment of vehicle assembly plants, it was important to have a strong emissions testing regime.

Regarding how to meet the emissions challenge, he said, it was necessary to ensure that the fuel met quality standards “because if the quality of the fuel cannot be guaranteed, it will be difficult to ‘force people to do emission tests’.

“We should have a transition and adopt electric vehicles, because it will save us all these things. We need to intensify the use of renewable energy sources to make this transition effective,” he said.

DVLA CEO Mr Busia said even vehicles with roadworthy certificates remained a threat to human health and the environment as their emissions status could not be tested.

“If you go to the Vehicle Testing Stations (VTS) that we have around the country, they actually have the machines to test the emissions. What’s missing now are the standards.

“There is a certain standard that the car should have to pass the emission test. The standards have been worked out and published in the Official Gazette and currently with the Attorney General to be promulgated so that the VTS can test the vehicles so that they are clean before they are certified for technical inspection,” he said.

Mr Busia said the swift passage of the law to enforce emission standards would be a major step in addressing the threat of rickety vehicles on the roads.

He said that pending the rapid passage of the Emissions Testing Act, the DVLA had ensured that all VTS put in place the necessary infrastructure in preparation for the new dawn.

“When we go to inspect the VTS before giving the go-ahead to run, we make sure you have the emissions test facility. We’re trying to make sure they’re well equipped while we wait for the law instead of trying to catch up when it’s passed,” he said.

For his part, the Executive Director of the Environmental Protection Agency (EPA), Dr. Henry Kwabena Kokofu, said vehicle emissions have direct links to climate change adaptation and mitigation, why a concerted effort was needed to control the situation.

He said that although Ghana’s updated nationally determined contributions that were launched last year included measures to control emissions from vehicles and other combustion industry activities, progress were slow.

He said importing used vehicles into the country is contrary to efforts to control vehicle emissions.

“We consulted with stakeholders on how we can remove rickety vehicles from our roads. Then the issue of socio-economic implications comes into play. You know the level of poverty in the system; you know the scarcity of means of transport and the limits of the public transport system. We trigger a policy and we commit to full implementation, and you end up creating an imbalance in the socio-economic setup,” he said.

Addressing the way forward, Dr Kokofu said the EPA would engage the Ministry of Finance, Ghana Revenue Authority Customs Division and other stakeholders “to see if as a nation we can get rickety vehicles off the road and have a way to compensate owners through reduced vehicle replacement costs.

Again, he said it was necessary to pay more attention to the policy of the Ministry of Commerce and Industry which encouraged the assembly of new vehicles in the country.

“The idea behind this policy is for people to patronize new locally assembled vehicles so that we can phase out the import of used vehicles, as this turns out to be a dumping of unwanted materials on us,” he said. -he declares.

Dr Kokofu added that the EPA was ready to roll out “tough and biting policies” that would help deal with the threat of smoky vehicles, “but society must be willing to adopt those policies.” 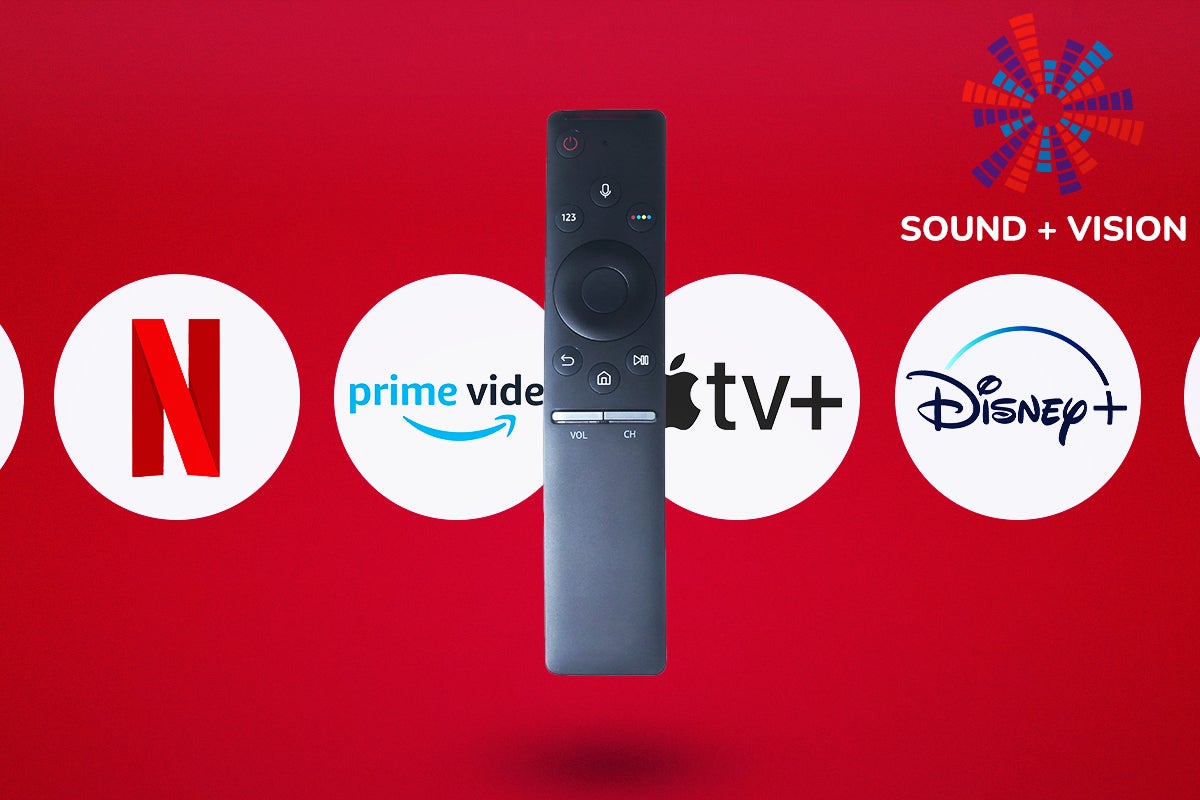 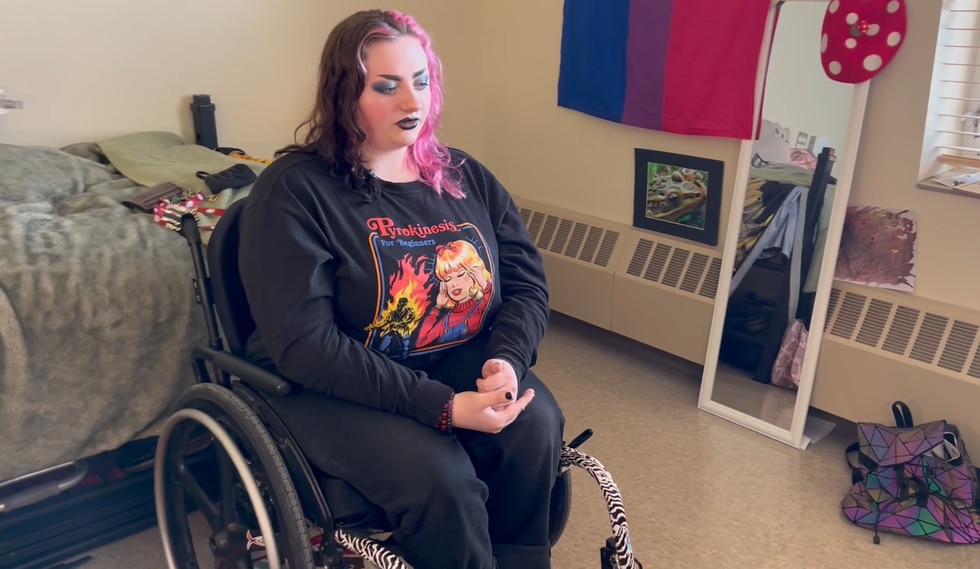