Award-winning graphic designer and illustrator Blanca Molina strives to bring beauty to everything she does. In a profession where first impressions are essential, Molina de Santa Rosa is a shining star.

His artistic talents, positive attitude and enthusiasm for his craft are evident in his playful designs on craft beer cans and sophisticated logos on corporate marketing materials.

His job is to represent clients in the most attractive and effective way possible, whether it’s a wine label, a brochure or a brand identity. Molina, 32, runs her own design business, Blanca Creative, and several months ago joined Don Sebastiani & Son as a full time senior graphic designer.

Her work caught the attention of businesses and nonprofits across Sonoma County, and one of her designs was shared on social media by comedian George Lopez.

A few years ago, she was part of a creative team that worked on a 32 page corporate sustainability report, along with a bottle of wine wrapped in a custom box, for Fetzer Vineyards executives and partners. . The project received an American Graphic Design Award 2019. Graphic design United States.

Molina likes what she does, but jokes that she doesn’t get much sleep.

A self-proclaimed problem solver with a knack for math, she attended Santa Rosa Junior College and considered becoming an engineer. In the end, she decided to mix her talents with her longtime interest in art. In 2015, she obtained a Bachelor of Science in Graphic Design from Sacramento State University.

By the time she graduated, she had already built up an impressive portfolio.

She did an internship with the California Prison Industry Authority at Folsom, designing brochures, banners and posters promoting inmate programs, including their furniture line and license plate factory. She also did an internship at a small design firm in Fair Oaks, which became her first design job on staff.

After graduating, she returned to Geyserville, where her family lives. She moved to North Bay from Jalisco, Mexico at the age of 5.

Her parents, Evelia Gutierrez and Jose Luis Molina, “always made sure” that she, her younger brother and sister had art materials on hand during their childhood. She remembers taking a box of pencils wherever she went.

By the time she was a teenager, this early interest in art grew into a passion.

â€œI wanted to be an artist. It’s always something I’ve loved doing, â€she said. â€œIn high school, one of the projects I liked the most were posters. If there was a poster involved, it was going to be gorgeous.

Today, her designs can be found on supermarket shelves and even as wearable art. Its colorful and striking poster for Windsor’s recent DÃ­a de los Muertos the celebration – featuring a sugar skull with lit candles in its eyes, traditional elements, and artistic typography – was printed on black T-shirts with phosphorescent ink.

With hearts, guitars, maracas and orange marigolds, also known as cempasÃºchils, the artwork “was exactly what we imagined and wanted,” said association director Angelica NuÃ±ez. . â€œEveryone loved the artwork. In fact, we’ve sold tons of shirts and the artwork is a big part of that.

The commissioned piece not only promoted the many activities of Windsor’s DÃ­a de los Muertos, but also helped highlight the importance of the Latin American ritual in honor of loved ones.

â€œIt’s very important,â€ Molina said, to celebrate her legacy. â€œI bring things that I see. I really like being bold and strong and attracting attention.

Sometimes she unintentionally incorporated Latin images into her work. And her work is an opportunity to share her voice and encourage positivity.

â€œIt’s my way of expressing it,â€ she says. “I always show what I think through art.”

Sonoma County fans HenHouse Brewing Company can thank Molina for several designs, including Early Birds (Important Imperial Pale Ancestral Ale), a collaboration with Drake’s Brewery who commissioned Molina to create a dinosaur bird with a hen and a duck watching it. In another HenHouse collaboration, with Seismic brewing company, she created a design based on Project Azorian, a CIA effort in 1974 to recover a sunken Soviet submarine.

For Project Azorian, a Mexican hot chocolate-inspired pastry shop, she incorporated flavorful ingredients like cardamom, cocoa, and chili spelled out in the body of the colorful fish in the design.

She also completed a HenHouse collaboration with Norwalk Brew House and SLO Brew to honor Gabriel Zavala, the mariachi pioneer who died earlier this year. In a Facebook post announcing the release of the Mariachi Maestro IPA, HenHouse praised Molina for the “wonderful portrayal” of the Anaheim mariachi teacher and performer.

Previous Saudi women enter the workforce in a changing kingdom 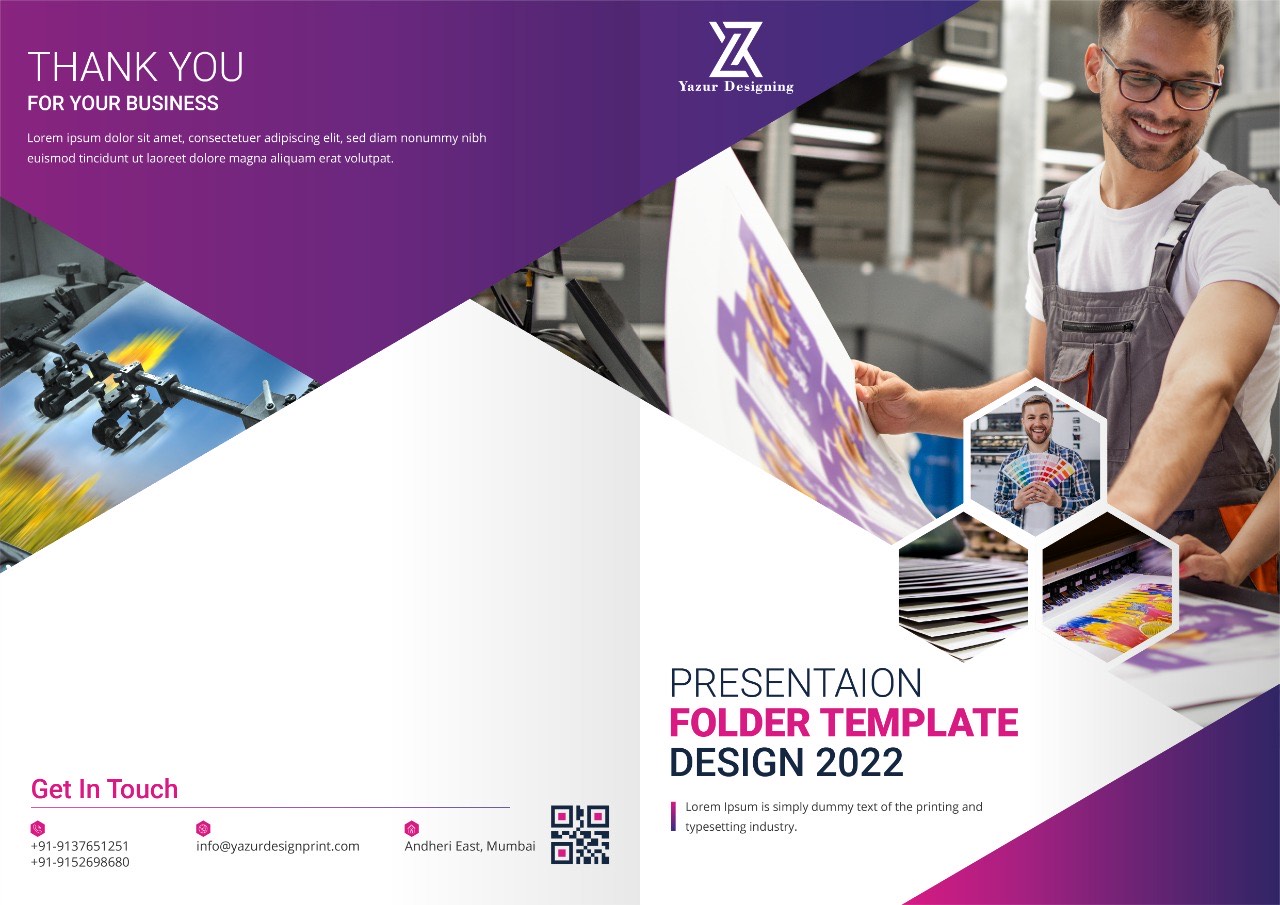 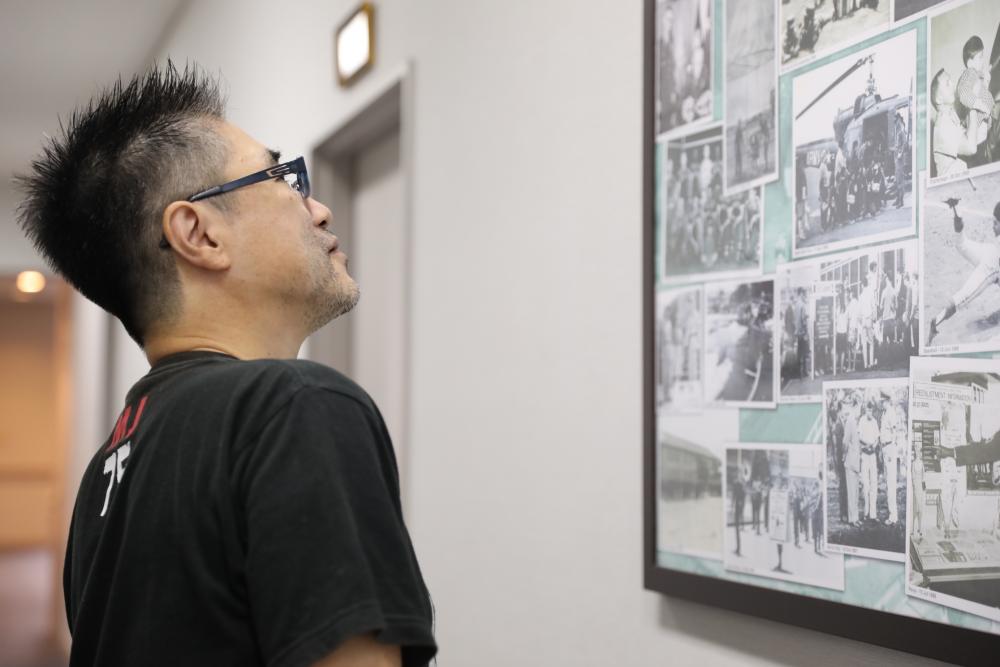 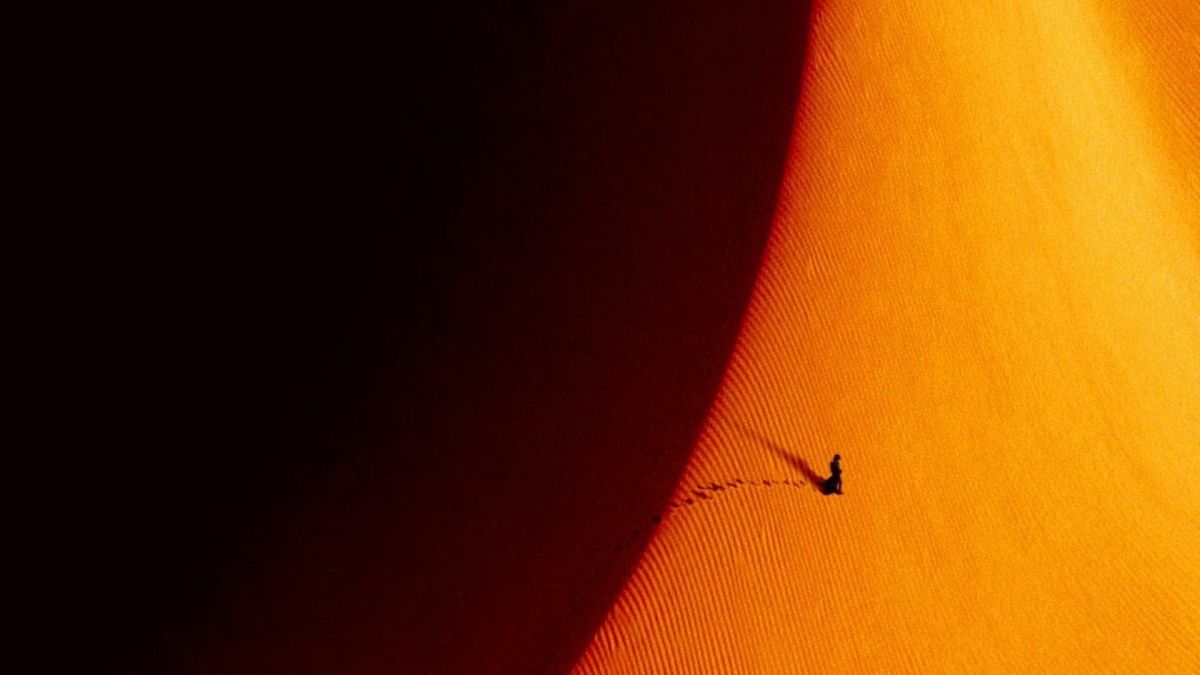 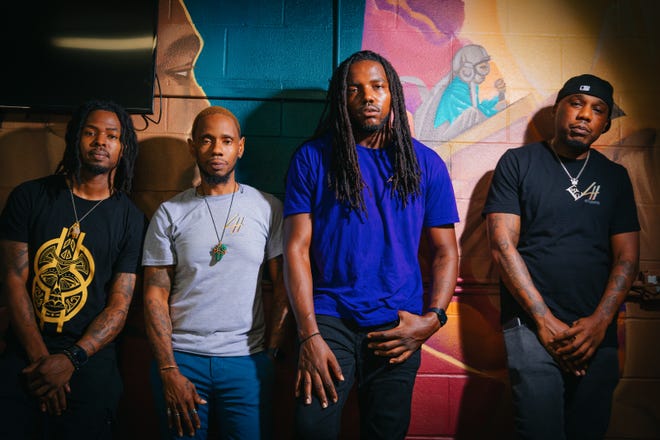 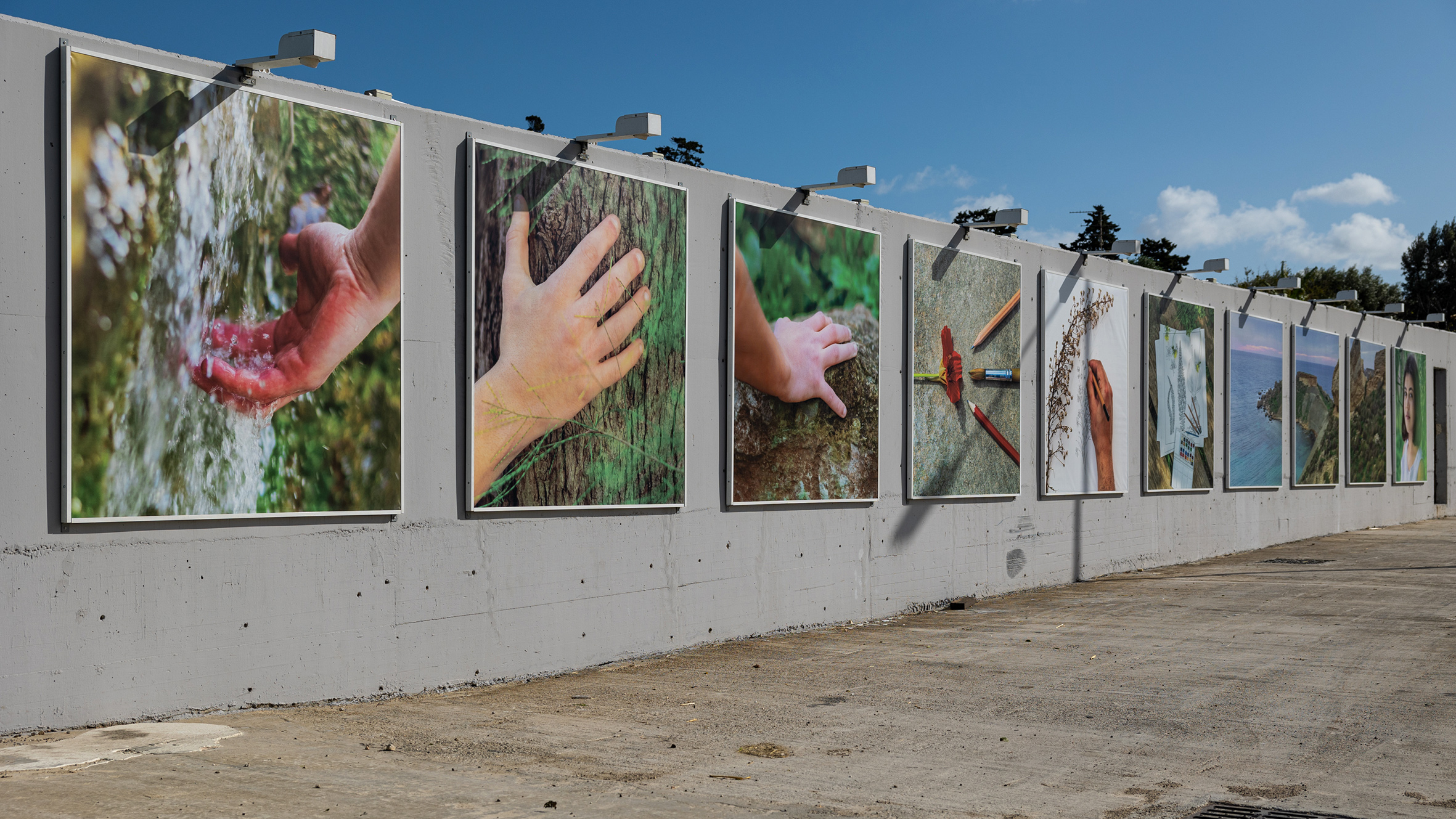 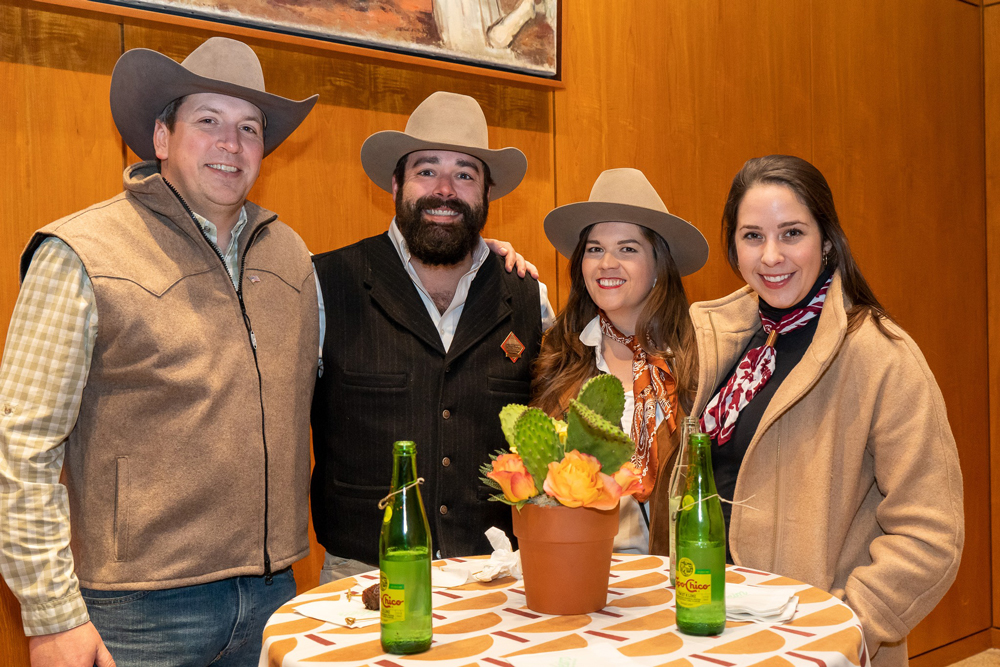 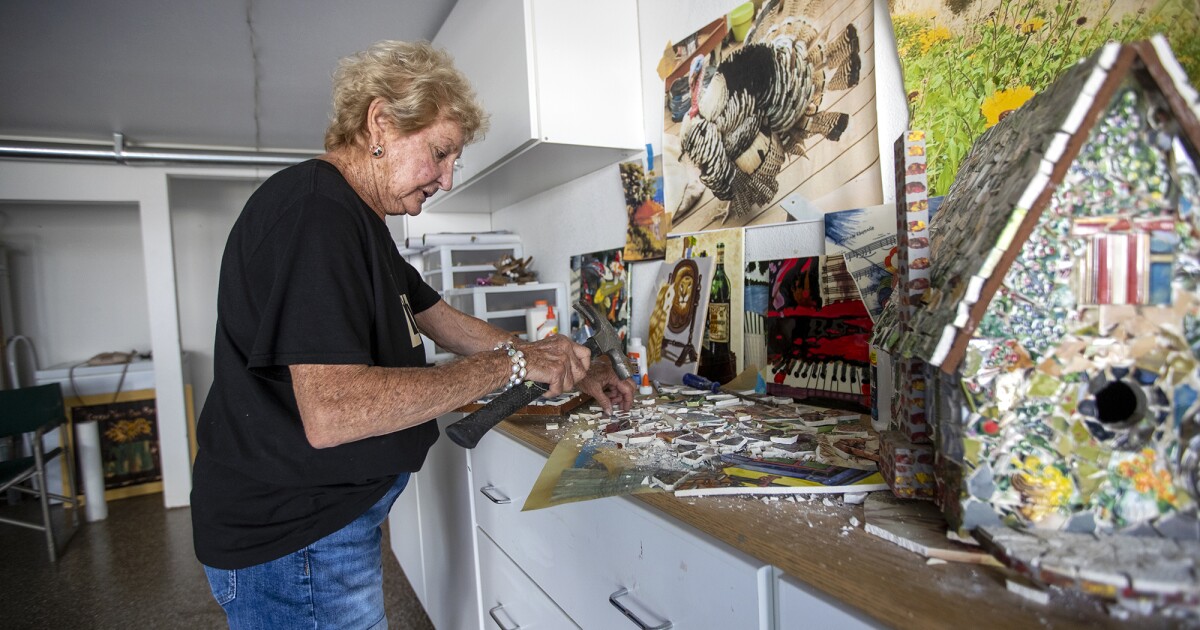