Gouveia-Winslow played at Tech from 2008 to 2012 and started as a whip linebacker his final three seasons under head coach Frank Beamer and defensive coordinator Bud Foster. In 40 career games, he had 80 total tackles, three interceptions, three forced fumbles and two passes defended. He returned an interception for a 24-yard touchdown in Tech’s 44-33 win over Florida State in the 2010 ACC Championship Game and captained the defense and special teams as a senior in 2012.

He began his coaching career in 2014 at Stone Bridge HS where he was the defensive backs coach, before moving to the University of Hawaii the following year where he was a defensive line trainee, coaching alongside his father, Kurt Gouveia, who earned a pair of Super Bowl rings as a linebacker with the then-Washington Redskins. Prior to returning to Tech in 2020, Gouveia-Winslow was on the coaching staff at Brevard College, serving as an assistant head coach and overseeing safeties and special teams. He helped guide the Tornados to an 8-2 record in 2019, while three of his safeties were named team captains that season. Gouveia-Winslow and his wife, Amanda, are the parents of daughters Finley, Logan and Avery.

Jan Johnson, Jr. (Mohton, Pennsylvania and Governor Mifflin HS) is entering his first season as an analyst at Virginia Tech. Johnson played linebacker for Pry at Penn State from 2015-19. A team captain as a senior in 2019, he started all 13 games. He earned All-America Honorable Mention from Pro Football Focus and also earned All-Big Ten Honorable Mention from Coaches and Media. Additionally, Johnson was a heavyweight on Penn State’s national championship-winning wrestling team in 2015. He was a member of the Tennessee Titans practice squad in 2021 after originally entering the NFL as a free agent with the Houston Texans in 2020.

Johnson graduated from Penn State with a bachelor’s degree in psychology and a master’s degree in management and organizational leadership.

A.J. Hampton (Roanoke, Virginia and Lord Botetourt HS) joined Tech this spring as a graduate assistant, working primarily with defensive backs. He was previously the wide receiver coach at Morgan State and before that he was the passing game coordinator and wide receiver coach at West Virginia State. He has a diverse background in football working with groups of offensive and defensive positions that includes a stint at Florida State as a wide receiver and student tight ends assistant.

Hampton earned his bachelor’s degree in sports management at Emory & Henry (Virginia) in 2018, then had a short stint as a professional athlete in the Arena League with Carolina Energy. He was a team captain for two years and a starter at Emory & Henry College. During his senior season, he led the Old Dominion Athletic Conference in yards per strike (19.2) as well as yards per game (92.2) against conference opponents. The Wasps have gone 6-4 in each of his last two seasons. As a dual major in business and sports management, Hampton has made the Dean’s List four times and been a four-time Academic Conference winner.


Before transferring to Emory & Henry, Hampton attended Mount Union where he majored in civil engineering and played football under head coach Vince Kehres. The Purple Raiders competed for the NCAA Division III National Championship in the two seasons Hampton was there, but fell short in the title game each year.


In high school, Hampton earned varsity letters in four different sports and was selected in two sports for all regions.

Carrie Lynne Wolford (Wytheville, Virginia and George Wythe HS) moved into a new role of Director of Player Engagement. In his new role, Wolford will lead the development and implementation of Tech’s player development program for football. A familiar face to Hokies student-athletes, she has served as assistant director of football operations at Virginia Tech since August 2021. In this role, she communicated regularly with the entire team and helped coordinate a myriad of logistical tasks for the team, at home and on the road.

Prior to joining Tech’s football team, Wolford spent four years as a member of the Student-Athlete Support Services (SAASS) staff at Virginia Tech. She worked as an assistant director in this department, providing academic, personal and professional support to members of the football team and the spiritual teams of Tech.

She began her tenure with SAASS as an Academic Sports Advisor Trainee in 2018. Wolford began working with football student-athletes on their academic progress in 2019 and also met potential athletes and their families at training events. recruitment. She then became the tutor coordinator for SAASS, where she hired, trained and supervised over 100 tutors in the program.

Wolford graduated from Tech with a degree in Human Development in 2017 and added a Masters in Counseling and Human Development from Radford University in 2019. She is a member of the National Association for Academic Advisors of Athletics.

Alex Jones (Charleston, West Virginia and George Washington HS) begins his first season as assistant director of player personnel for the Hokies in 2022. He has held the same position at Marshall since April 2019. He joined the Thundering Herd after spending the 2018 season as director of operations for football at Fairmont State University in Fairmont, West Virginia. Jones began his career as a football operations intern with the NFL’s Cleveland Browns in 2016. He has a bachelor’s degree in sports management from Baldwin Wallace University and a master’s degree in sports management from West Virginia. Branch Rob (Baltimore, Maryland & Gilman School) is entering his first season as a player personnel assistant at Virginia Tech. Branch joins Pry’s staff after spending four years at West Virginia State where he coached safeties and turns, managing his position rooms and developing athletes from all conferences in addition to assisting in special teams. Branch also served as the chief athletics recruiter in the admissions department.

He won a national championship playing for James Madison in 2016 where he played safety for two seasons. Branch concluded his playing career at West Virginia State where he served as team captain and won the program’s MVP award.

Serena Rodriguez (Lebanon, Pennsylvania and Cedar Crest HS) is entering her first year at Blacksburg as Associate Director of Creative Media. In her role, she will work with Zach Lantzcreative media director, to support the graphics, photography and visual identity needs of the football programme.

Rodriguez came to Blacksburg after spending a semester at the University of Colorado as a graphic designer, where she worked closely with the creative director and senior graphic designer, creating a wide variety of print and digital design work for 17 Buffaloes varsity sports and internal departments.

As a student at the University of Colorado, Rodriguez was a recruiting assistant intern, working with the director of player personnel coordinating with prospective student-athletes as they visited campus for official and unofficial visits. In this role, she also did data entry, photography and helped coordinate phone calls for assistant coaches and future student-athletes. 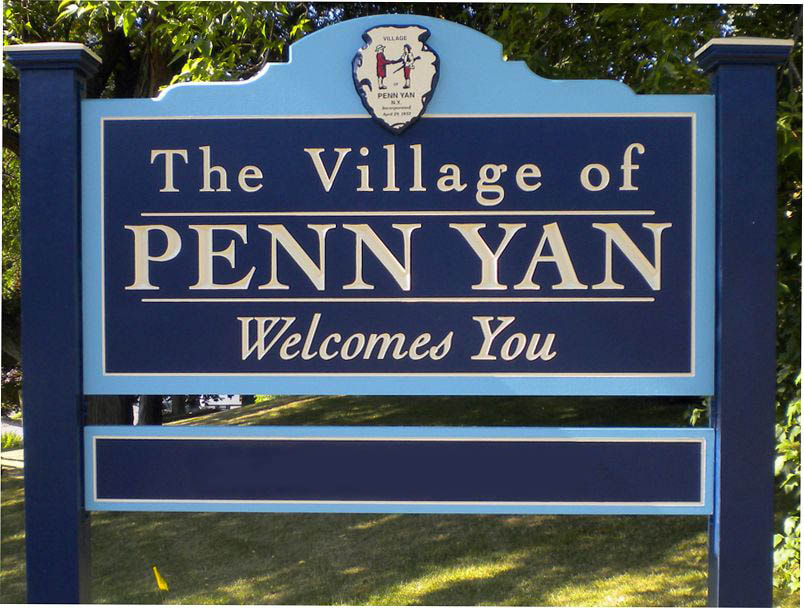